Gasoline price today 8/6: Oil price surged at the beginning of the week

price June 8: Opening the first session of the week, gasoline price today on the world market increased sharply after OPEC + extended the agreement to cut production until the end of July 7/2020.

Specifically, the price of light sweet crude oil WTI on New York Mercantile Exchanghe delivered in August 2020 was 0.79 USD / barrel during the session, to 40.59 USD / barrel.

Accordingly, the agreement just reached in the meeting, oil production cuts will remain at 9.7 million barrels a day. At the same time, OPEC + also requires Nigeria and Iraq to cut production in July to September to compensate for the excess oil exploited in May and June.

According to the plan, OPEC + will meet again in In mid-June to review the oil market, this meeting will take place under the supervision of the Ministerial General Supervision Committee (JMMC). The purpose is to consider whether to cut further production and to create a new cut in August.

The price of crude oil in the world increased in part because President Trump, Mr. Trump once threatened to withdraw his troops from Saudi Arabia if the country did not act quickly to stabilize oil prices.

Saudi Oil Minister Saudi Arabia said oil demand was increasing when the economy reopened, but the reality was still very difficult and challenging.

However, the world crude oil price is still under great pressure as the Covid-19 epidemic is still booming in many countries in South America, the Middle East and Africa. 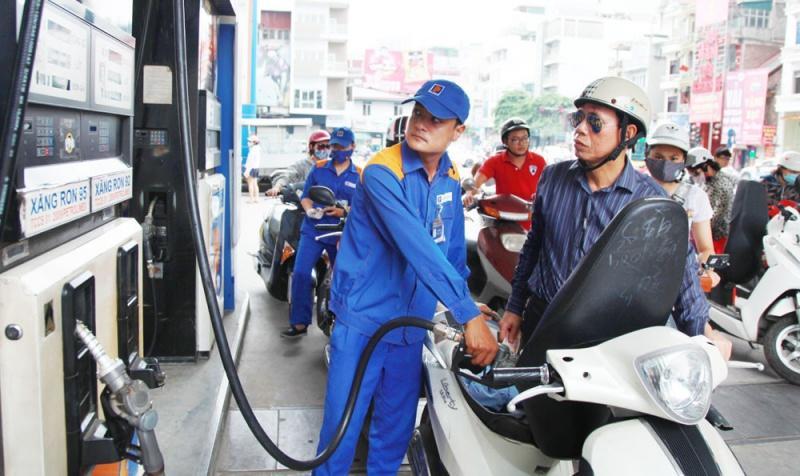 Opening the trade this morning on 8/6, petrol prices in the country increased after the afternoon price adjustment of 28/5.

In particular, the prices of petroleum products popular in Region 1 and Zone 2 in today 8/6 are as follows:

Previously, afternoon dated 28/5/2020, the financial Union – the trade made decisions on adjusting the retail price of petroleum in cycles of 15 days/times. The alliance adjusts the simultaneous increase of gas prices and oil prices.

Accordingly, after the implementation of the establishment and the expense of use of the oil and gas price stabilization, adjust the selling prices of common petroleum products in the market as follows: