Crude oil futures contracts erased early gains on Tuesday (June 9) to close the rally, with expectations for a recovery in energy demand among the reasons for the oil price reversal. At the end of the session, MarketWatch reported. 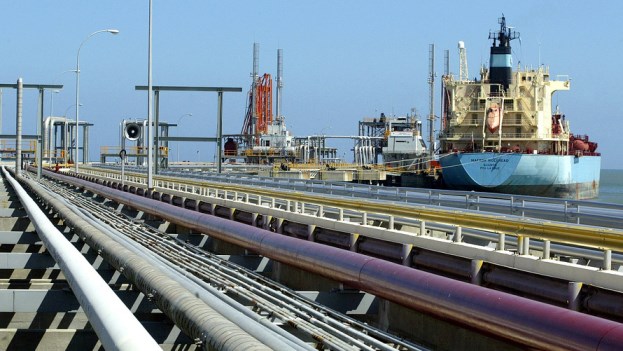 Closing the session on Tuesday, WTI light sweet crude oil contract delivered in July on Nymex advanced 75 cents (equivalent to 2%) to 38.94 USD / barrel, after fluctuating at a low level of 37.07 USD / barrel during the session. .

Oil prices spent most of the session in the red due to concerns over the level of compliance with the new extension agreement between the Organization of Petroleum Exporting Countries (OPEC) and its allies to cut production by nearly 10. million barrels / day. In addition, Gulf producers may end up voluntarily cutting additional production by the end of June and US producers may increase production as oil prices rise.

However, “oil prices have prospered after headlines that support the view that the oil market will soon regain balance,” said Edward Moya, senior market analyst at Oanda.

In an update on Tuesday, the US Department of Environmental Enforcement and Enforcement (BSEE) said that 31% of oil production in the Gulf of Mexico region is still offline.

In addition, Nigeria is said to be having a hard time selling crude oil, “this could help them curb fraud over commitments to cut production with the OPEC + agreement,” Moya said.

Meanwhile, the US Energy Information Administration’s (EIA) Short-term Energy Outlook Report on Tuesday “confirmed energy market views that global demand will drop to a bottom of 80 million. barrel / day this quarter before recovering again to more than 90 million a day next year, ”said Mr. Moya.

OPEC + reached an agreement last weekend to extend its global production cut by 9.7 million barrels a day for another month, through July 2020.

However, Reuters reported that Saudi Arabia, Kuwait and the United Arab Emirates (UAE) had no intention of extending an additional 1.18 million bpd cut, which they are working to exceed the target. of OPEC +.

OPEC members have not fully complied with the current commitment to cut production. A Reuters poll identified members’ compliance rates of 74% in May 2020.

On top of that, concerns persist that members other than OPEC will push for increased production, including shale oil producers in North America.

In addition, EIA also lowered its forecast for crude oil production in the US in 2020 by 1% to 11.56 million barrels / day. Meanwhile, global gasoline and fuel demand is likely to reach an average of 83.8 million bpd in the second quarter of 2020, with an average total consumption of 92.5 million bpd in 2020, down 8.3 million. barrels per day compared to 2019.